Behind the Curtain: Michael Jackson

In this latest installment of our Behind the Curtain category, writer Steve Rosen recounts a particularly…memorable experience interviewing Michael Jackson back in 1981.

There is a new reality television show on called Life With LaToya, which is about—appropriately enough—LaToya Jackson. The episodic series follows LaToya as she variously pursues a singing career, dating, and an engagement.

On a recent segment, Joseph and Katherine Jackson—the parents of LaToya, Michael, Janet, Tito and the rest of the brood—guested. When LaToya gets in front of a roomful of friends at her home to announce her impending engagement, she is unable to say anything and retreats to her bedroom. Joseph follows her and tries to comfort his daughter. Dressed like a pimp from a bad 1980s sitcom—gold lame tie, embarrassing amounts of gold jewelry around his neck and on his fingers, and a low-fitting hat that looked like it came out of a thrift store—he sidles up to his daughter in a gesture of compassion and paternal understanding.

“You are a Jackson,” he whispers in her ear as if these four words alone hold the key to life itself. The sentiment is meant to convey the notion that Jacksons can overcome anything.

Not only is the comment hollow but hearing that remark in light of what ultimately befell Michael Jackson some five years earlier on June 25, 2009 makes it ugly and even contemptible. On that day, the singer died of acute propofol and benzodiazepine intoxication when he went into cardiac arrest.

Apparently being a Jackson was nowhere near enough to keep you safe from a world full of danger. Michael had suffered for years through the horrors of addiction, depression and a desperate and horrific self-image. He had endured multiple plastic surgeries in attempts to change the way he looked and ultimately felt about himself.

Did this all stem from Joe Jackson telling his son, “You are a Jackson” in response to the young boy’s feelings of uncertainty and despondency in a world that seemed alien to him? Maybe all that Michael wanted and needed was a simple, “I love you, son” and a comforting hug rather than a hollow platitude, which meant nothing to him.

Or did it have more to do with the elder Jackson beating and berating Michael throughout his childhood? Regularly whipping him and belittling and embarrassing him by saying he had a fat nose. Joe Jackson was an angry and violent man, and though Katherine Jackson obviously loved her son, she did little if anything to intervene or shield the singer from her husband’s physical and emotional outbursts.

Which was why Joseph Jackson’s remarks to his daughter LaToya on that television show made you feel almost sick to your stomach. Surely he was a tyrannical parent in her upbringing as well—the fact that she called him Joseph and not dad was very telling—which accounted in no small part for her own multiple plastic reconstructive surgeries and almost seeming inability to function in the world [on the engagement episode, she was unable to perform even the simplest task including opening any of the doors to her house]. Like Michael, she was obviously terribly impacted by the cruel deeds visited upon her by a father who was unaware—or simply didn’t care—about the consequences and a mother unable to shield her from them.

But in March 1981 when I interviewed Michael Joseph Jackson, none of the weirdness springing from that abusive childhood had manifested yet.

Michael’s personal menagerie of exotic and wild animals was still a zoo in the sky and Bubbles only a distant thought. Neverland hadn’t broken ground and extravagant and meaningless shopping sprees hadn’t been indulged in.

He hadn’t undergone the knife yet—though two rhinoplasties had been performed because Jackson had broken his nose during a complex dance routine—in what would be an endless succession of face-morphing surgeries.

No, in 1981 Michael was still a relatively normal human being. Or as normal as you could be if you were a 23-year old musician with an arsenal of astonishing talent and poised on the edge of a career about to turn you into the biggest artist on the planet. The artist was still happy, good-natured, and addicted to nothing more than making the most passionate and perfectly constructed pop music anyone would ever hear. 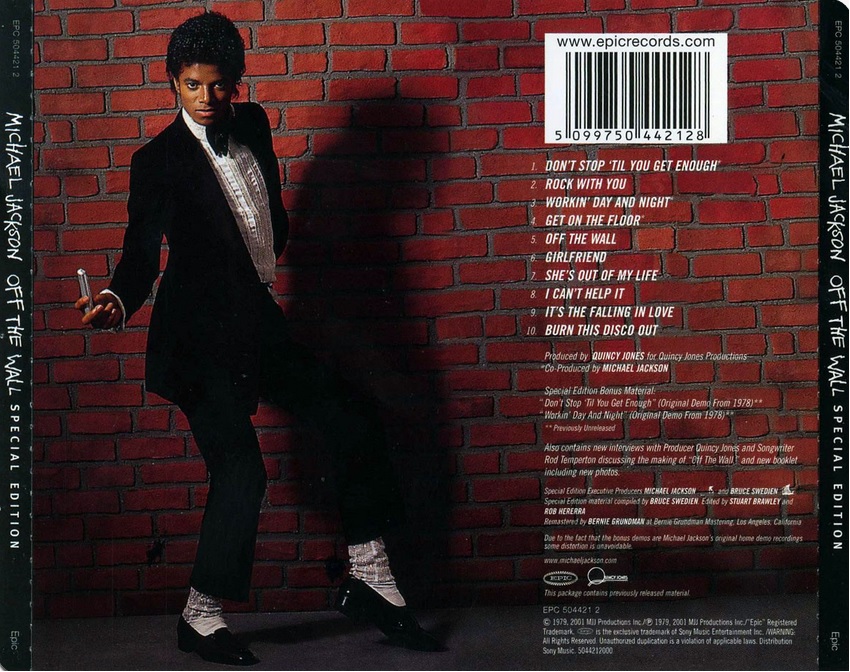 He was just two years down the road from making Off the Wall, his first collaboration with producer Quincy Jones and the album that was the first step in a trajectory that would launch him from artist to icon. It was a remarkable record that showcased the young singer’s unbelievable range and versatility on songs like Don’t Stop ‘Til You Get Enough, Rock With You and She’s Out Of My Life.

Additionally, he was still performing with his brothers Tito, Jackie, Marlon and Randy as the Jacksons and had released Triumph about a year earlier.

When given the opportunity to speak with Michael, I jumped at the chance. Who wouldn’t? Even this early in his career, he rarely did interviews and I knew meeting and talking to the young performer would be something special. The interview was held at the Columbia Records offices in Century City, CA.

Century City was not so much a city as it was a community of high-rise business offices, expensive apartments, and high-end boutique stores.

Columbia Records was a stunningly modern building molded from glass and chrome and on this particular day was the location where a whole assortment of Jacksons were convened. I went to the Epic Records suite—Epic was a Columbia subsidiary and the Jacksons’ label— where the publicists had gathered a group of music journalists. They ushered us downstairs into a massive conference room and seated us at various tables arranged around the floor.

There were hard shell trap cases strewn about the wooden floor suggesting that the Jacksons had been rehearsing here.

After sitting by myself at a table for several minutes, the conference doors flew open and in marched Michael, Jermaine, Jackie, Randy, Tito and Janet. You have to understand that in 1981 Janet Jackson was only 15 years old. She had appeared in a sitcom called Good Times but her debut was still a year away when she would release her debut self-titled album. When she walked through that door with her older brothers, she looked more like some fan tagging along than she did a blood relative.