Behind the Curtain: Interviewing Jeff Beck at the Riot House 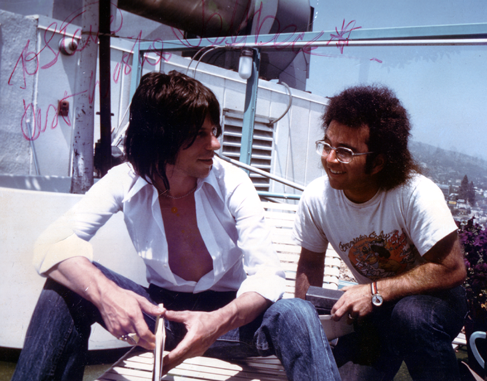 The latest installment in our Behind the Curtain category, journalist Steve Rosen recounts his fateful encounter with legendary guitarist Jeff Beck.

The drive from my guesthouse/cottage in the hills of Hollywood to the then hallowed Continental Hyatt House for the interview with Jeff Beck took maybe four minutes. Still, it was 240 of the most anxiety-laden seconds I’d ever experienced.

Like a cascading riff descending down a guitar neck, I rolled down Laurel Canyon to Sunset Boulevard, made a right and headed west for about 1 ¾ miles. There on the north side of the street stood the cement and chrome monument to everything that was wickedly wonderful and over-the-top back in the classic rock‘70s.

Dubbed the Riot House by the parade of English bands winging their way across the Atlantic Ocean on ever expanding American tours, the hotel was the only accommodations in Hollywood that not only provided room and board for these visiting musicians but willingly sought out their business.

Led Zeppelin would stay there and rent out an entire floor so they could trash the rooms while John “Bonzo” Bonham rode his motorcycle up and down the halls. The Who resided there and not to be outdone by his percussive partner, drummer Keith Moon would fling various pieces of furniture and even television sets out the windows.

In fact,the management delighted in the destruction of their hotel rooms, the torching of couches, and the high-velocity burping of motorcycles being ridden up and down hallways. There was always a day of reckoning and when the bills came due, musicians paid the freight. 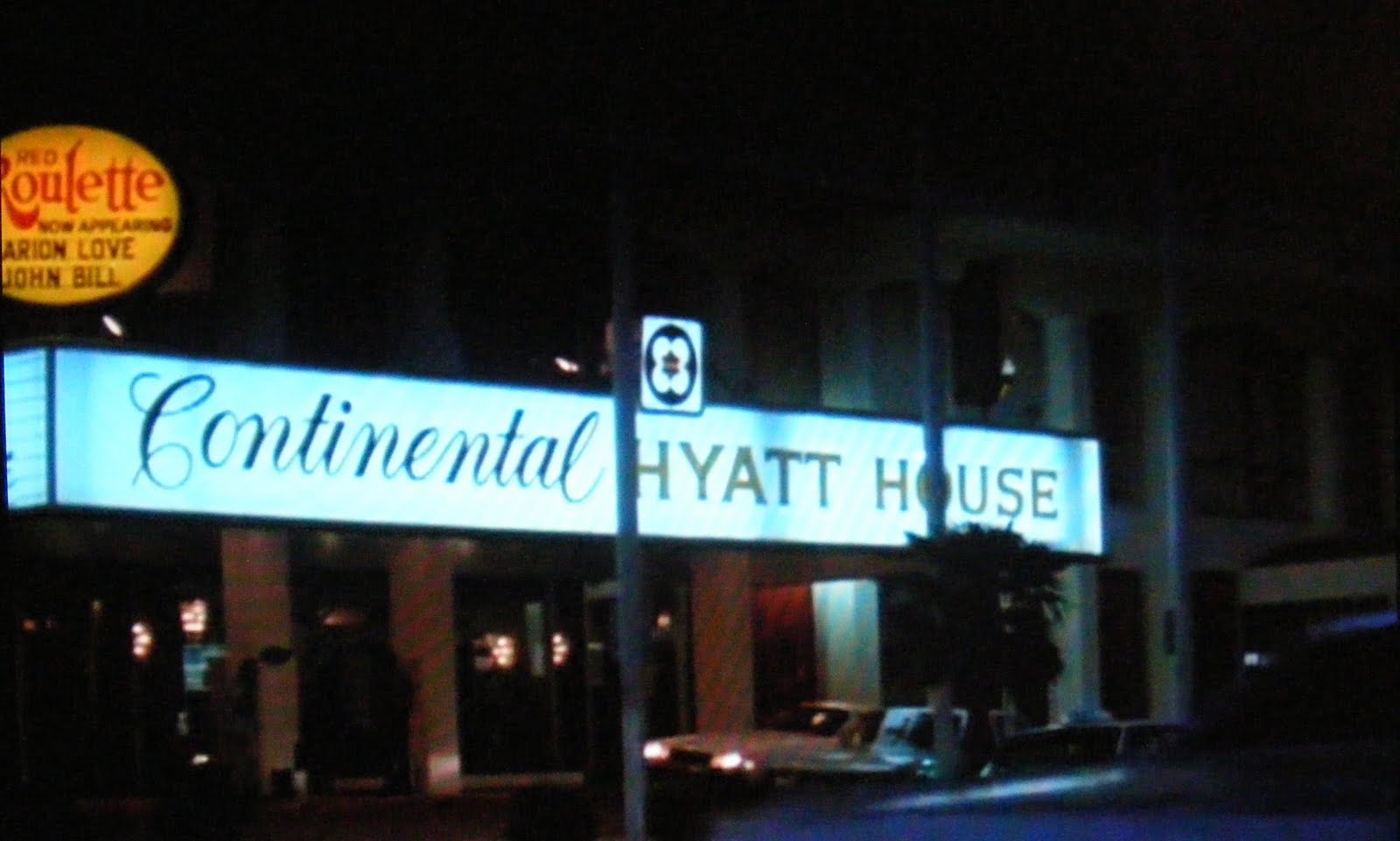 They may have pillaged and plundered while they resided there and though hotel etiquette was a lyric they never sang, they were nothing if not fiscally responsible.

Waiting for me in one of these suites was Jeff Beck. Jeff wasn’t a room wrecker by nature but he had burned down some gloriously amazing guitar solos during his career.

This was 1973 and the Englishman had finally formed his long sought after trio with Tim Bogert and Carmine Appice, formerly the rhythm section for the Vanilla Fudge. Beck had been trying to assemble these players for years but the project was ultimately put up on blocks when he found himself muscle-to-metal in a devastating car crash.

It happened one early English morning when the car enthusiast was driving way too fast down a country road and hit some moisture on the road. He broke his nose and had to be stitched back up but ultimately made a full recovery.

Though I’d eventually conduct a bunch of interviews here—Aerosmith, B.B. King and many others—this was one of the first times I’d ever been at the Hyatt House. I pulled up the long incline to the parking lot in the rear, exited my car and entered through the glass doors.

I elevatored to the 11th floor while shuddering through a series of hyperventilating, armpit soaking, palsied-hand tremor convulsions. I was nervous to the point of being speechless. This was JEFF-FREAKING-BECK I was about to meet. I had to pull myself together.

To me, Jeff Beck was—and still is—the most innovative, inventive and gifted guitarist to ever lay his fingers across six strings.

I had seen the Jeff Beck Group—Beck, singer Rod Stewart, bassist Ronnie Wood, keyboardist Nicky Hopkins and drummer Tony Newman [though it could have been Micky Waller]—at the Shrine Auditorium in 1968 while still in high school.

My friend Skip Lethbridge drove us there and the anticipation of seeing the concert was exhilarating. The memory is a vague one now but I can remember them performing Shapes of Things and thinking, “This is the greatest thing I’ve ever heard in my life. I would walk on fire to meet Jeff Beck.”

Somehow, that vague musing would miraculously become a reality five years later. Miracle is really the wrong word to describe how the interview happened. I had been befriended by Gibson & Stromberg, one of the earliest rock and roll publicity companies.

Lydia Woltag, a publicist working there, took me under her wing. I was still a novice rock journalist though I had recently become the west coast correspondent for the English music newspaper Sounds.

Lydia routinely lined up interviews for me with the artists she repped—Steely Dan, Black Kangaroo, Dr. Hook and the Medicine Show—and gave me entrée to her entire roster. When I told her I loved Jeff Beck and was thinking about approaching Guitar Player Magazine, she picked up the phone and called the editor on my behalf. He said he’d like to see the story when it was ready.

I was thinking about all of that—seeing Jeff Beck years earlier, Lydia setting up the interview—when the Otis doors opened. I made the long walk down the hallway to room 1123.  Armed with a $29 cassette player, a $2 plug-in microphone I bought at Radio Shack, and a 30¢ cassette tape, I figured I had everything I needed.

I was a moron and naïve to the point of imbecility to believe such totally unprofessional and unreliable gear wouldn’t result in some future audio disaster. But I never really thought about it.

The gear had worked thus far for the interviews I’d done and truth be told, I wasn’t making enough money to go out and buy some hip, new cassette player—even if I knew what I was buying. No, I was cool. Nothing was going to happen. Not today of all days.

So, banishing the thought from my head, I approached Jeff’s door. Who could be bothered with a reliable recording device and a suitable microphone? Certainly not me. Just a few feet from room 1123, it was all I could do to keep from running the other way. I can summon up that feeling even 40 years later.