By Rock Cellar Magazine Staff on March 20, 2014No Comment 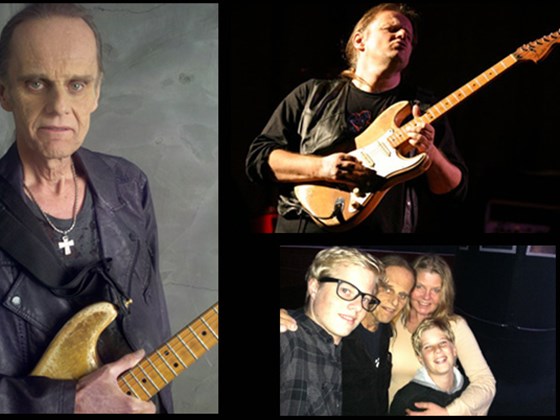 Walter Trout, noted blues guitarist/musician who has worked professionally with Canned Heat, John Mayall’s Bluesbreakers, John Lee Hooker, and other famous musicians over the years, is in a serious medical situation.

He has been dealing with liver disease for the past few months, but things have suddenly taken a turn for the worse. As a result, a new fundraising campaign on You Care has been launched to help raise money to combat the rising medical costs of his treatment.

Walter has been battling severe liver disease bravely for the past many months. He has continued touring and recording until a few weeks ago – he loves playing for people, and it has been the best medicine for him.

We were given hope that medicinal treatment could reverse his condition but we now know that this hasn’t worked. His liver has failed, and doctors say his survival depends on receiving a transplant.

He is at UCLA in and out of Intensive Care, which is a prime facility for liver transplants. Walter has health insurance but this will not cover the full cost of his treatment. The medical expenses, co-pay, medication, after-care, etc. are going to be immense.

A note from his wife, Marie:

Thank you for coming here and sending your love towards Walter. It means the world to him and to me to feel surrounded with your love and prayers at this difficult time. Walter has lost 100 pounds and most of his muscle tissue in the past year, and suffered much pain. It has been heart wrenching to watch him go through this. He has tried to put on a brave face for us all – he has kept playing, composing, singing, touring, and recording because music and communicating through music has always been his life line.. But he has reached the point, where he is too sick to stand up or even hold a guitar. Thank you again on Walter’s behalf for your love and support.”

For more, and to help out, visit the campaign’s website! And best wishes go out to Trout and his family during this difficult time.