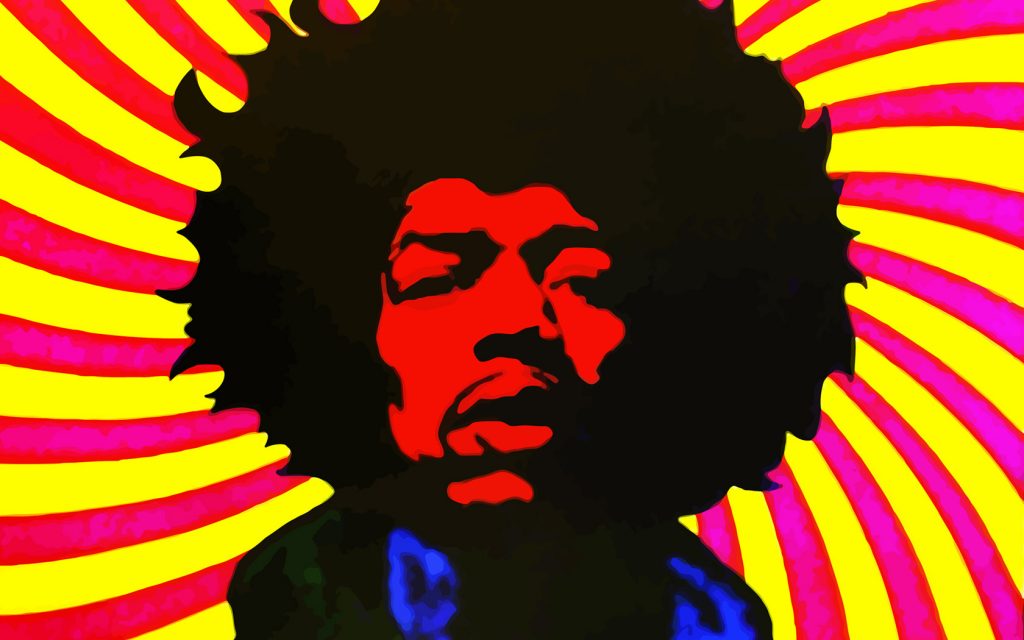 Some of the biggest names in rock, including Brian Wilson and Ray Davies, have battled mental illness but it’s not a topic that easily lends itself to song. Some rockers have produced brutally honest songs about their own demons; others made a statement with satire.

So, stretch out on the psychiatrist’s couch and enjoy 11 of Rock Cellar’s top songs about insanity – because aren’t we all a bit…crazy every now and then?

Though he was never diagnosed with a mental disorder, Jimi Hendrix’s self-destructive lifestyle led some to believe he suffered from bipolar disorder – an illness formerly known as manic depression. When his manager, Chas Chandler, suggested during a press conference that Hendrix sounded like a manic depressive, it inspired the psychedelic rocker to write Manic Depression the next day.

Lyrics like “Well, I think I’ll go turn myself off/And go on down/All the way down” may imply that the singer suffers from bipolar disorder but in Tomorrow Never Knows, Hendrix offered a simpler explanation: “You’ll always have cats to stand up there and sing you pretty songs. We’re just going to another vein of it, just translating it into our own image. ‘Cause what I was trying to do, like was a today’s type of blues. Like Manic Depression is a story about a cat wishing he could make love to music, instead of the same old everyday woman.”

Warren Zevon’s macabre sense of humor is displayed in 1978’s Excitable Boy, a funny but ghoulish tale of the rape and murder of “little Suzie,” a nod to Wake Up Little Suzie by the Everly Brothers; Zevon played piano for the duo in the ‘70s. Despite its sordid lyrics, Zevon explained in Classic Rock Stories that the song was born out of laughter while working with co-writer Roy Marinell.

“Roy’s an old friend who’s got an amazing sense of humor, and as we were sitting around one day I said, ‘Roy, how come nobody ever lets me play lead guitar?’ And Roy said, ‘Well, Warren…’ If you’ve ever heard me play guitar, you understand the situation. He said, ‘You get good ideas on the guitar, but then you get… excited.’ To which I replied, ‘Well, Roy, I’m just an excitable boy,’ and we laughed and spent the next half hour writing the song.”

One of the most compelling looks into the homicidal mind is Psycho Killer by new wave band Talking Heads, fronted by singer-guitarist David Byrne. The song’s hallmarks are its intense imagery, French lyrics and Tina Weymouth’s driving bass line. Psycho Killer was released in January 1978 as David Berkowitz, the infamous Son of Sam serial killer, awaited trial in New York City. “That song was written way before the Son of Sam business,” drummer Chris Frantz said in Talking Heads: Once in a Lifetime. “We were going to release it earlier, but people would have thought, ‘Who are these creeps, capitalizing on these brutal affairs?’ After it all calmed down, we released Psycho Killer because the record label would have released it anyway.”

Psycho Killer was the first song written by Byrne, who told Mix that his inspiration was shock rock’s Alice Cooper. “I had been listening to Alice Cooper – Billion Dollar Babies, I think – and I thought it was really funny stuff. I thought, ‘Hey, I can do this!’ It was sort of an experiment to see if I could write something… Rather than making it theatrical the way Alice Cooper would, I’d go for what’s going on inside the killer’s mind, what I imagined he might be thinking… describe it all as a series of sensations. I think that sometimes has more power and affects people a little stronger. It seemed a natural delusion that a psychotic killer would imagine himself as very refined and use a foreign language to talk to himself.”

8. They’re Coming to Take Me Away, Ha-Haaa! by Napoleon XIV

Perhaps the weirdest – and most disturbing – novelty song is They’re Coming to Take Me Away, Ha-Haaa! by Napoleon XIV, really recording engineer Jerry Samuels. Backed only by a snare drum, tambourine and claps, Samuels hilariously describes his descent into madness after being dumped by his girlfriend. Samuels told Songfacts how he wrote the creepy tune.

“I was sitting in a nice easy chair one night. It had a little vibrator on it and I was stoned because I loved to smoke grass. What popped into my head was the old Scottish tune, The Campbells Are Coming… It took me nine months to finish it. I wrote one verse and the chorus and immediately I realized I was writing a sick joke. So I said, ‘This is no good, I’ll put it away.’ Three months later it was still running through my head; I pulled it out again and wrote the second verse and it was an even sicker joke.”

The song’s satirical take on mental illness was controversial, even in 1966. Though the song shot up to #3, radio stations soon pulled it from their playlists, citing complaints from doctors and mental institutions. “It was a hit before it got banned,” said Samuels. “Once it got banned, it was finished. I’ve had people approach me to do versions of the song with obscenities, but I’ve said no, I don’t care how much money is involved.”

They’re Coming to Take Me Away, Ha-Haaa! by Napoleon XIV

The Campbells Are Coming from More Songs and Music From Gettysburg

19th Nervous Breakdown, written by Mick Jagger and Keith Richards, is thought to be about Chrissie Shrimpton, Jagger’s live-in girlfriend in 1965. Shrimpton fit the profile of the spoiled, neurotic socialites of 19th Nervous Breakdown; Shrimpton would attempt suicide when Marianne Faithfull became Jagger’s new flame. Faithfull, who called the song a “pitiful recital” of Shrimpton’s first acid trip with Jagger, said in Rocks Off, “The two of them used to have terrible fights. They were quite nasty, really. You can hear the venom on their songs of the time.”

The opening guitar riff was borrowed from Diddley Daddy by Bo Diddley; the title came out of exhaustion after a six-week tour of the U.S. “Dunno about you blokes,” Jagger said he told the band in Old Gods Almost Dead, “but I’m about ready for my 19th nervous breakdown.” Though its biting social criticism was rare in pop music in the mid-sixties, Jagger didn’t think the song was very good. “The Bo Diddley hook on 19th Nervous Breakdown – very hooky and very pop,” Jagger said in According to the Rolling Stones. “Keith was writing a lot of melodies and we were arranging them in a number of different ways, but they were never thought out, except in the studio.”