By Rock Cellar Magazine Staff on March 6, 2014No Comment 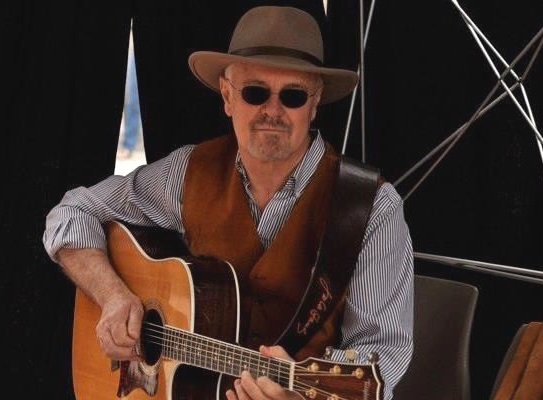 Folk singer-slash-songwriter James Lee Stanley has been a working musician since the early 1970s, releasing solo albums, touring and performing alongside acts as varied as Robin Williams, Bill Cosby, Bonnie Raitt, John Batdorf, Peter Tork of the Monkees, and many more.

He was kind enough to answer some questions for our A Few Questions With…category.

Enjoy his answers below.

James Lee Stanley: As an audient it was seeing the Kingston Trio at the Norfolk Arena, as a performer it was a year later.

It might have been the first house concert, as a friend of mine decided to have a gathering at his home to present me as an artist.I have a photo somewhere.

Q: Chances are, you’ve heard a fan yell something to you while on stage at a concert. Any particularly memorable stories of that, and what did the fan say?

James Lee Stanley: Had a very old man wander in one Sunday afternoon at the Earl of Old Town in Chicago and walk directly in the front of the stage and drop his pants and stare at me…I said to the audience, “so what am I bid for this fine specimen?” they laughed and he pulled up his trousers and left.

Q: What was the very first car you ever drove?

James Lee Stanley: Bought a 1960 bug eyes sprite from my pal, Johnny, he then asked if he could borrow it back for a trip to Williamsburg. He totaled the car, but was unscathed.

Q: Describe the best day of your life.

James Lee Stanley: Hard to believe but this actually happened just like this: Arrived at a gig, but the place was locked up. Note saying they were all taking the afternoon off and there was a ball game in the park and to come on down. Got out of my car at the park and yelled, “When do I get to bat?” They said, “Right now!”

Walked up to the plate and the first pitch was perfect. I slammed a home run and then said, “This game’s too easy, I’m going to the hotel.” Later after sound check at the club I went upstairs to the lounge where there was a pool table. They invited me to play. I asked, “what happens if I sink the 8 ball on break?” “You win,” they said. I broke and sunk the 8 ball. “this game is too easy, “ I said, “I’m going to the dressing room.”

Played two of the best sets of my life, got a standing ovation and then two beautiful women escorted me to my hotel and stayed with me.

Now THAT was a good day.

Q: What song written by someone else do you wish YOU had written?

James Lee Stanley: There and/or Spoon River by Michael Smith

Q: What are your favorite non-musical hobbies?

James Lee Stanley: Cooking, woodworking, gardening, working on my home. I love it.

Q: What is your LEAST favorite thing to do? Why?

James Lee Stanley: At the risk of sounding like Pollyanna, I just try to make the best of everything and make it fun and that has worked about 99 percent of the time, so I have no least favorite… though airport security is annoying.