Tim Matheson: From ‘Animal House’ to ‘The West Wing’ to ‘Hart of Dixie’ (Interview) 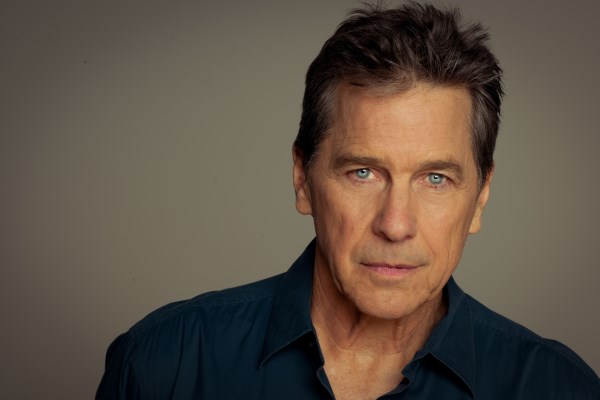 Best known as the smooth-talking Eric “Otter” Stratton in the acclaimed 1978 comedy Animal House, Tim Matheson is the definition of a working actor.

Beginning his career at the age of 13, Matheson has appeared in countless shows including Leave it to Beaver, My Three Sons, Bonanza, Rhoda, Hawaii Five-0, Burn Notice, and Rod Serling’s Night Gallery.  Matheson also worked as a voice actor, providing the voice of the lead character in the ’60s animated cartoon, Jonny Quest.

Starring in movies like Fletch, Up the Creek, and Steven Spielberg’s 1941, Matheson has worked with everyone from Chevy Chase, Kurt Russell, and Mel Brooks to Anne Bancroft, Henry Fonda, and Lucille Ball. Performing the role of Vice President John Hoynes on the television series The West Wing garnered him two Primetime Emmy Award nominations for Best Guest Star in a Drama Series.

Entertaining audiences for more than 40 years as an actor, director, and producer, Matheson currently stars as Dr. Brick Breeland in the popular television series, Hart of Dixie, and has directed several episodes.

In celebration of the 35th anniversary of Animal House, Rock Cellar Magazine recently chatted at length with Tim Matheson for an exclusive wide-ranging interview about John Belushi, Hart of Dixie, being a “smart” actor, Looney Tunes, The Twilight Zone, and scuba diving.

Rock Cellar Magazine: How do you juggle being a director on Hart of Dixie with your role as Dr. Brick Breeland?

Tim Matheson: Well, it’s like one is left brain and one is right brain. Breeland is not in every scene, so the scenes I am in, what I’ll do is I’ll work with my first assistant director on the show, Ricardo Matta who has also been a director on the show this season. I’ll also work with a cinematographer or I’ll work with other actors and we also have a producer who comes down on the sets, so it’s sort of a team thing and it’s a family. And the family covers your butt as an actor, and I sort of let them direct those scenes. I’ll set up the camera and then once I’m in character, I stay in character.

Tim Matheson: Absolutely. I became the most cooperative actor you’ve ever seen once I started directing. Direction has so many issues, they’ve got logistical issues and story issues and network issues, so you’ve got all these areas of concern or areas of interest you have been given, marching orders from the producers or by the network. “We want this to happen,” they’ll tell you or, “this is important,” “that’s important,” “don’t let this actor do this,” “don’t let that actor do that.” And it’s this kind of backstage stuff that you don’t realize is going on when you’re an actor. So by directing, you just get a greater appreciation for the process.

And a really good director is there to protect you, because we all have our go-to kind of quirks we do as an actor. I’m talking about short cuts and things that may or may not be beneficial. They’re tricks that we use, especially if you haven’t had a lot of time to prepare and on a television show it can be hard. And sometimes those go-to tricks can become annoying or just repetitive and you want to prevent actors from doing it. As a director I may say, “Do it again but don’t do this, but rather try to deal with it this way,” or something. And actors, if they’re smart, appreciate it. So I’ve always tried to be a smart actor.

Rock Cellr Magazine: Over the years, how have you managed to find work in so many different genres of film and television?

Tim Matheson: I would work on certain things. I think there have been various stages of my career that I sort of do a certain thing and then think, okay I can do more than that and, that’s sort of run its course and it’s time to move on and do something else. And I think it’s good for me as an actor to explore different facets of my personality and my skills. I mean, I was a kid actor and then I did a lot of westerns and then I was sort of the boy next door and then I branched out into comedy.

My first comedy really was Animal House, and then years later I moved on to more sophisticated stuff and then I was doing The West Wing. So each was a specific challenge that to me, as an actor was totally different. And it may or may not be visible to an audience, per say, but each one I tried a different approach to the work and every role had different technical requirements, and I embraced those. I’ve done the classics, and Shakespeare and things like that to develop different skills as an actor, and I think they’ve served me well.

Rock Cellar Magazine: Your transition from child actor to teen actor to adult actor was a smooth and successful one. How did you navigate the typical pitfalls?

Tim Matheson: I was very lucky in a sense that I was never the star on a hit series. I was always a guest shot or I had a line or two, or I was the third kid through the door. So I was a working actor and from the get-go never really won the big role, only to one day suddenly realise, oh my god it’s over.

There was an actor named Jay North when I was a kid who had done Dennis the Menace. I think the show lasted a few years and he had become so recognizable for being on that show. And when it was over, I’d see him at auditions with the rest of us schmucks and I remember thinking, how do you deal with that? I think it was embarrassing for him, but he handled it pretty well. But it’s tough.

I was lucky that I didn’t have the opportunity to fall from grace, as I just kept hustling. At the same time, I had all those doubts that plague all of us actors all the time. I heard somebody say the other day to Jimmy Caan, I think it was Alec Baldwin, and he was talking about this documentary that he and James Toback did. He was talking about getting money to make this movie, a remake of Last Tango in Paris or something, and Jimmy Caan was saying, “Yeah, you know, I don’t get calls anymore. Nobody’s asking me to do any work.” And it was like, Jimmy Caan and I was thinking, what the hell?

Rock Cellar Magazine: As a child actor, one of the many shows you appeared on was Leave it to Beaver. Tell us about that.

Tim Matheson: It was so much fun. I really thought I had landed — this is now my career and it’s in high gear. I think I did two or three episodes. I remember going to a party at Jerry Mathers’ house and thinking, this is it! And I must have been 14 years old and it was a show I watched. So it was really neat to be on that set and see all those people that I had grown up with.

Rock Cellar Magazine: You mentioned earlier that your first role in a comedy movie was Animal House. Can you share your memories of John Belushi?

Tim Matheson: It was great to get to know him before he got swept up in all the huge fame he achieved, because he was like cult status at that point because of Saturday Night Live. He would work with us Monday, Tuesday, Wednesday and then on Wednesday night he’d get on a red eye and go back to New York and work there Thursday, Friday and Saturday.

Then they’d put him on a plane Sunday morning and he’d come back to Oregon where me and my friend Bruce McGill, who played D-Day, would typically pick up John and take him back to his house where he and his wife Judy lived. And we’d spend the afternoon with him and just chill and relax and it was very low-key and mellow.

He was very sweet and generous and he loved to share his love of blues music, this was well before The Blues Brothers. So it was a kinder, gentler John Belushi that I got to know. He was very high energy and very funny and caustic.

His typical autograph to somebody was, someone would ask if he could sign something and he’d be friendly and say, “Yeah, sure!” then he’d sign, “Leave me alone! John Belushi.” (laughs) It was his Don Rickles thing and people loved it. But he was a very dear man and a very sweet friend. Then I got to work with him over the next few years and spend some time with him. But he got swept up into something and it was tragic losing John. Such a talent, such a fun guy.

Click here to continue to Page 2 of the interview!