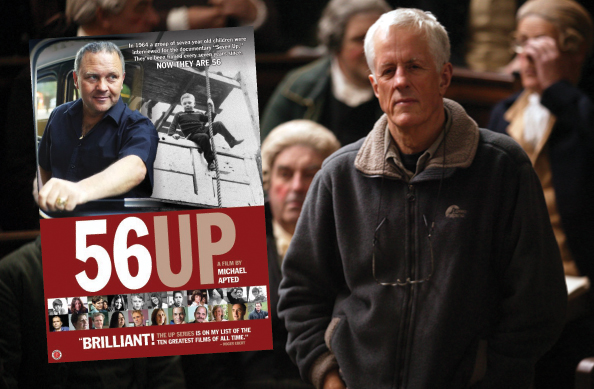 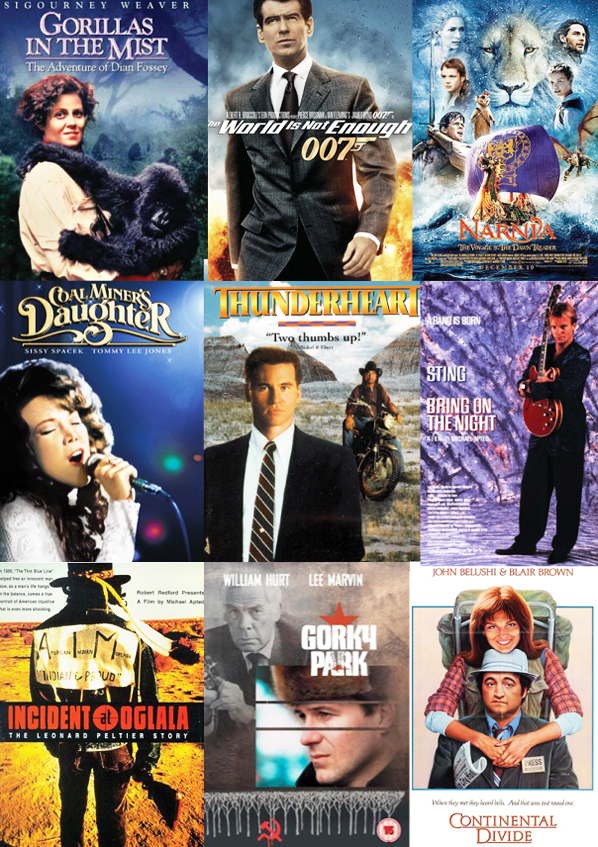 In addition to skipping back and forth across the pond from London to Hollywood, Apted is one of the few directors of big-budget studio features to also regularly helm documentaries.

His nonfiction films include the 1985 Grammy-winning rockumentary Bring on the Night featuring Sting and Branford Marsalis which documents Sting’s preparation for his first solo post-Police tour.

Since the early 1960s Apted has made cinema history through his involvement in the Up series, which has chronicled the lives of 14 Brits from childhood until today, with follow-up documentaries about the subjects shot every seven years since the first film, 1964’s Seven Up!

There has never been a documentary series like this in the annals of motion pictures.  A 144-minute version of the cycle’s eighth installment, 56 Up, co-directed with Paul Almond (who’d directed the first Up film), is being theatrically released across the United States from now through April.

Rock Cellar Magazine: The key theme to the Up series of documentaries is a revealing yet entertaining look at class and social status in Britain.  Talk about that a bit.

Michael Apted:  It was a very powerful thing when we started in ’63; these people were born in 1956. It was an interesting period because there were lots of cultural things happening.  Lots of pop music – the Beatles, the Rolling Stones, etc., fashion, photography and all that.  And a lot of that was being done by working class people.

So, the question in front of us was, does that mean the opportunities for working class people in general are changing or was this just a freak of nature?

RCM:  To see what kind of power they felt that they had in their own lives – to control their own futures…?  And what they perhaps couldn’t change, by virtue of their circumstances?

MA:  Right.  Did they know what the options were they had in life or didn’t they? The truth was, forget the Beatles and all that, most working class children from un-empowered backgrounds haven’t got a clue what was open to them, what they wanted to do.  Whereas people from an empowered backgrounds had it all laid out.  That really substantiated the fact that the English “born to rule” class system was still alive and well in that period.

RCM: Did you originally begin the Up series with the specific intention of following these youths throughout the years?

MA:  No.  It was only ever going to be one film for one period of time.  Shamefully, it took us a long time for the penny to drop.   The first film Seven Up! [1964] was very successful, because it was funny.  These kids were funny, but it was also chilling – a chilling message about what our society was like.  Frankly it took five years before someone said, “Why don’t we go back and see what’s happened to these children?”  We did go back, and of course it wasn’t much fun at 14 – when they were all spotty teenagers.

But you could see the beginnings of a really big idea, and the reception of 7 Plus Seven  although it wasn’t very good, was very powerful.  Because nobody had ever done this follow up thing.  So it was really lucky that the company we worked for – Granada – were very interested in it and it suited their political interests.  Generation after generation they have bankrolled the whole thing.  When the seventh year comes up I go back to them and they give me the money to make the next one.

RCM: Having observed the Up characters evolving, can you yourself conclude if your subjects’ lives are ruled more by circumstances or self determination?

MA:  Well, it’s the nature/nurture thing.  It’s tough.  One of the film’s ideas is the Jesuit thing: “Give me a child until he’s seven and I’ll show you the man.” I think that’s true.  You look at those seven year old personalities and you look at them at 56 and it’s sort of the same personality.  But I don’t think you can predict how people are going to cope with life or what’s going to be tossed at them in life.  You can’t anticipate how people are going to deal with things.  That’s very much the nurture part of it; I don’t think that’s necessarily in their DNA. 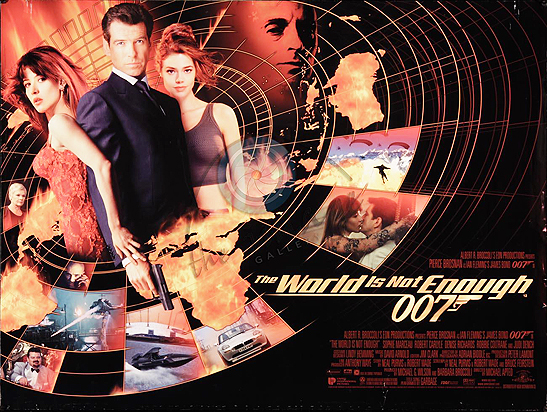 RCM: As director of 1999’s The World is Not Enough what do you think of the Daniel Craig 007 movies?

MA:  You know, the Bond films change tone depending who’s playing it.  Daniel is a very strong actor – a very tough guy, a very physical actor.  So I think that’s encouraged the Bonds to do very physical action sequences and stuff like that and maybe to diminish the kind of lightweight stuff, the fun stuff a bit that Pierce [Brosnan] did so well.

It’s gone back more to what Sean [Connery] was doing.  I’ve always felt – maybe I’m wrong, maybe audiences’ tastes just determine it – but I think that whoever you decide to play Bond, you have to box from that actor’s strength.  And Daniel, Pierce, Sean and Roger Moore had certain strengths, and they all brought something different to it.  Which I think is a really powerful thing in this series;  I think it keeps this series alive.  Because otherwise, it all becomes more of the same.

RCM: What do you think of the current crop of Oscar nominees – Lincoln and Django Unchained, specifically?

MA:  I liked them both.  Lincoln is very distinguished and beautifully done and Django is good fun.  I love Quentin Tarantino’s films – the language and all that – but I think they’re wonderfully well made.

RCM: You directed Sissy Spacek to a Best Actress Oscar for portraying country-western singer Loretta Lynn in 1980’s Coal Miner’s Daughter.  What are your recollections of that film?

MA:  It was interesting doing Coal Miner’s Daughter – I think the film worked out well, because I didn’t know anything going in.  Had a Hollywood or New York director made the film they would have gone in with some prejudice about the people – they’d use words like “white trash” and stuff like that.  But I didn’t really know anything about it, so I came in with a clear eye; I wasn’t going in with a particular viewpoint or prejudice about it.

In that sense, the difference between class – rural and urban.  I suppose that’s the same in both countries.  I was helped because that particular issue – calling them white trash – just wasn’t part of my makeup.  I have other prejudices:  I would find it difficult to make an unprejudiced film about, say, Northern Ireland in the ’70s or ’80s.

As far as coal miners go it’s sometimes interesting to be an outsider.  I would never have wanted to do a film about Civil Rights or a movie about Vietnam because I never lived through it.  But I felt there were some subjects I could have something to say about.  Coal Miner’s Daughter was one; another one was Native Americans.  Again, I didn’t know the history so I could come in a sense with a clear mind and look at what I saw and not some baggage I was carrying from an education.  Sometimes being an outsider can be valuable.

56-Up is showing in theatres now. Until the DVD becomes available, 49-Up, 42-Up and previous DVDs in the series are available in the Rock Cellar Store HERE.